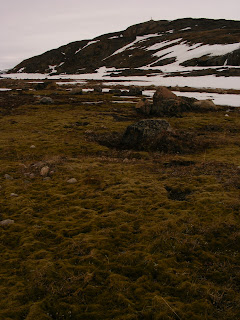 We've had a few very warm days in Iqaluit. By warm I mean almost reaching 9 degrees Celsius. Things are greening up and the snow is melting like crazy. Many more species have put out their first flower. Things are moving so fast. But, I guess the plants have to be quick considering how short the summer is up here. As the snow melts it's becoming easier to explore new places. We've now found at least 40 different species that we are interested in studying. I presume we have found more but have failed to distinguish between certain species in a genus. It can be very difficult to distinguish species when this is the first time I'm seeing them alive and not in photographs or pressed herbarium specimens. We are taking some DNA sample though, which will be helpful for distinguishing specimens when we get back to Ottawa.
Plants are not the only things springing into action. There is the constant sound of birds singing happily as we walk; mainly Snow Buntings and Lapland Longspurs. We also encountered some raven chicks with their mouths wide open waiting to be fed. There are plenty of caterpillars curled up in the sun and spiders scurrying between the rocks. 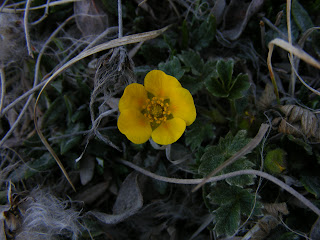 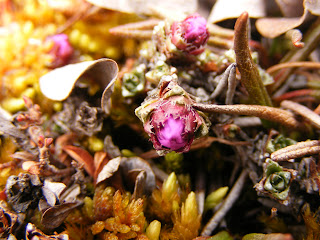 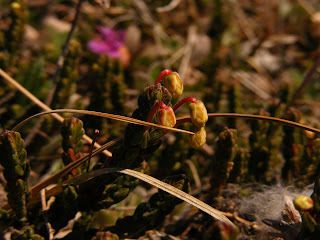 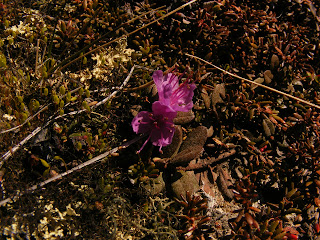 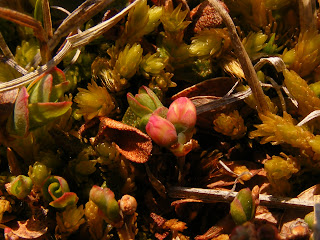 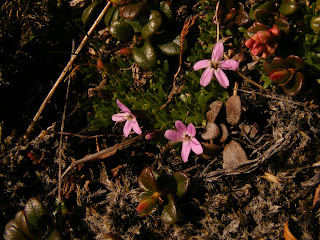 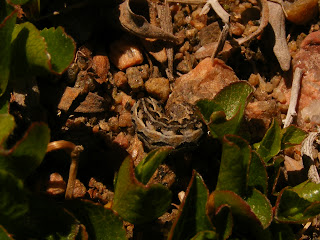 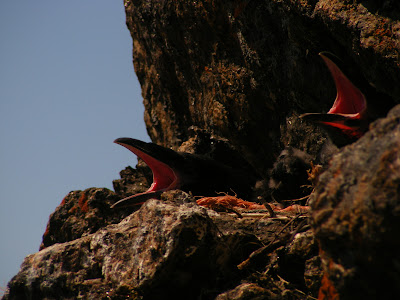